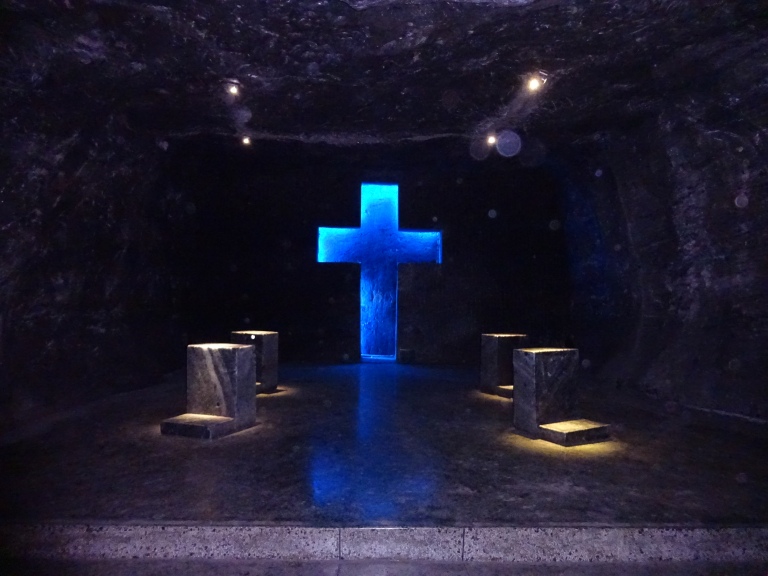 The Salt Cathedral of Zipaquira was built 200 yards underneath the surface of the mountain. There was originally another Salt cathedral which was built 200 feet above the new one. The old one was built for the miners to pray in before they went to work every day.  There were safety concerns so in 1992 it was shut down. About that time the construction of the new church begin. Finishing in 1995. Again, it was very difficult to photograph because of lighting. It was an impressive sight to see in person.